(CNN) - On a morning in the not-too-distant future, you might toast bread made with cricket flour, drink a protein smoothie made from locust powder, and eat scrambled eggs (made extra-creamy with the fat from mopane caterpillars) with a side of mealworm bacon.

That meal will give you four times the iron, more than three times the protein and more key vitamins and minerals than the bread, smoothie, eggs and bacon you eat today -- all while saving the planet.

Well, sorry to break this to you, but if you eat chocolate, pizza and spaghetti, you are already eating insects -- and worse.

There's just no way to get rid of all the creatures that might hitch a ride along the food processing chain, so the FDA has to allow what they call "food defects," which you eat without knowing. They are in many of our foods -- even peanut butter and jelly.

So why not eat bugs on purpose and simultaneously fight climate change?

Bugs are really good for you

Your friends and neighbors are already munching on insects. According to a report by Global Market Insights, the US edible insect market topped $55 million in 2017 and is expected to grow to nearly $80 million by 2024.

Europe's on track to do the same, while Asia Pacific nations are expected to eat $270 million worth of insects by the quarter of the century.

A growing demand for high quality protein, along with a movement toward sustainability and against processed foods, are a few of the reasons behind the growing popularity.

Here's another explanation: Bugs are very good for you.

Many countries and traditions have known this for decades, even centuries. According to a 2013 report by the United Nations Food and Agriculture Organization (FAO), at least 2 billion people worldwide eat bugs every day.

"I had beetle larva that was incorporated into a quiche. I've had bamboo worms that were fried like French fries," he said. "I've had termites that were smoked and served as an appetizer, just like peanuts.

"As for the taste, it's sort of a nutty popcorn flavor," Tomberlin said. "The buttery flavor would be the fat of the insect and the nuttiness would be the chitin, or the exoskeleton."

But there's lots more to choose from. More than 2,100 edible insects have been recorded in the world, according to Wageningen University and Research in the Netherlands.

The Top 5 Health Benefits Of Turmeric For Dogs 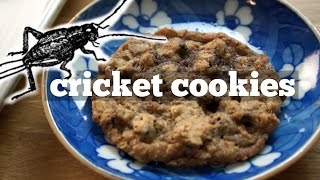 Widget Didn’t Load
Check your internet and refresh this page.
If that doesn’t work, contact us.